On 20th July, Twechar Healthy Living and Enterprise Centre hosted our most recent asset mapping workshop. We were fortunate to talk with 9 local people (age range from 4- 70  years old) to find out what assets they have at their disposal and how they feel about their local community.

It was clear from the beginning of the day, that although Twechar is a very small area, there is a whole lot of community spirit! When we walked through the doors of the centre we were struck by how many notices and signs that were available that highlighted lots of community assets and resources. 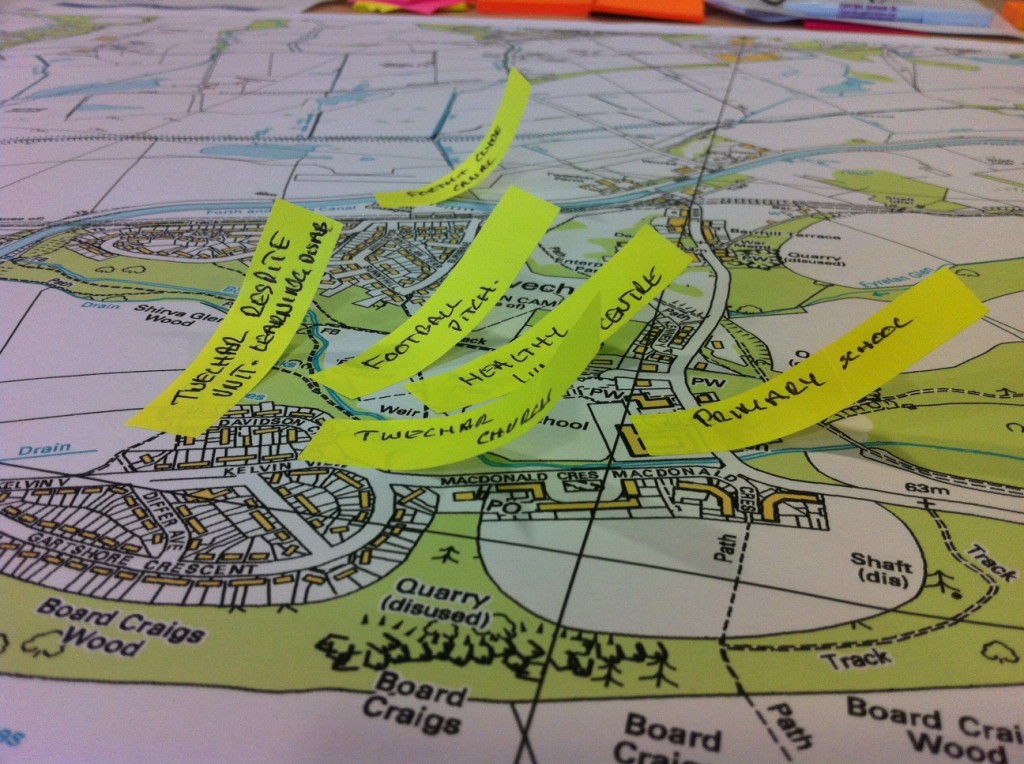 One of the key features described by local people, was their access to green space – particularly the forest. Many people recounted stories of how they used to play with their friends outside “we used to just let our imaginations run riot!” indicating how much this element of the local landscape means to people.

Similarly, every person that we talked to mentioned the close-knit community spirit, and that networks between people were particularly strong. Some highlighted that there was increasing demand for housing in Twechar, thought to be due to the attraction of the community spirit. There was also a sense that as the community had already achieved so much together, there was a belief (and hope) that there is always a way to get things done which was quite surprising, and very inspiring to hear.

We also heard about a number of initiatives driven by local people, that have helped bring services to the community, rather than the community having to go to them. For example, the Healthy Living Centre now hosts a weekly doctors surgery which has helped the doctors get to know the community better and has increased access for people.

As well as this, other assets included:

My colleague, Marta Riberio from IRISS, was on hand on the day to add markers to the map electronically as we were talking. This saved a lot of time, and helped us categorise the assets as we went along.

We were also really fortunate on the day to meet Sandra Sutton – a true community champion – who has lived and worked in Twechar over the years to ensure that the community makes the decisions about its future, and who takes a truly asset-based approach to her work. Sandra and her team imparted a wealth of knowledge about the history of the area, as well as some of the plans for their future, which left the team feeling really inspired.

Thanks to Sandra and co for your hospitality – it was lovely to meet you all, and it was great to hear all your stories!

Some quotes from the day:

“its handy for me – everything is on my doorstep”

“with me being disabled, everyone looks after me”

“its a wee tote gym, but it does the job” 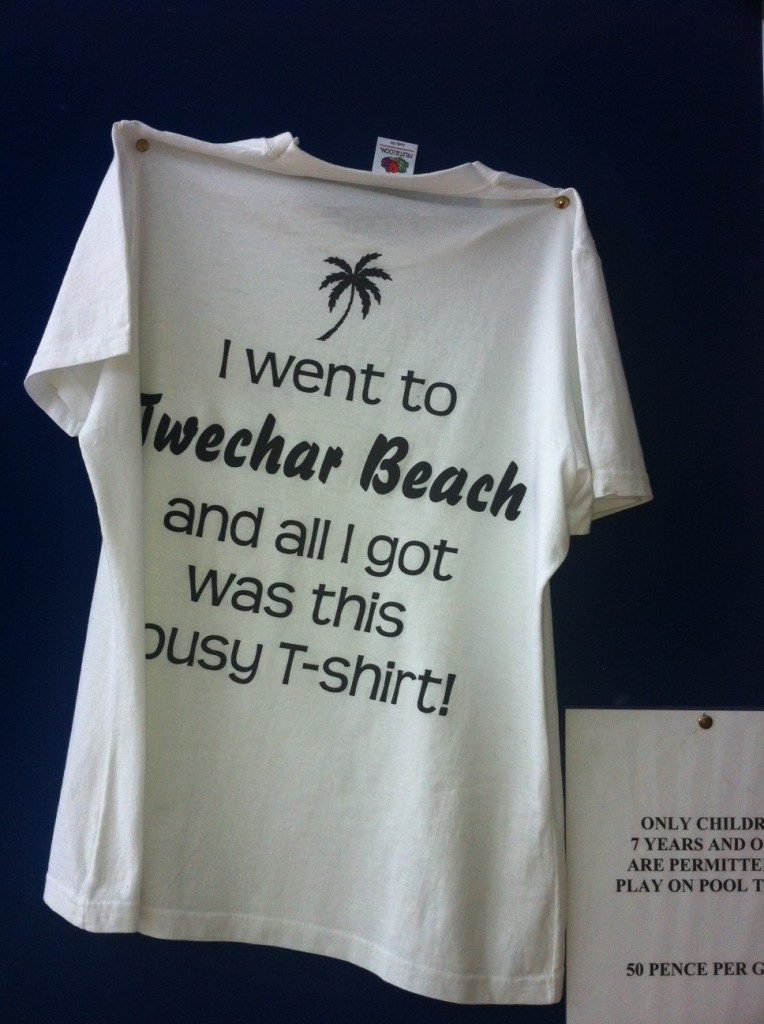