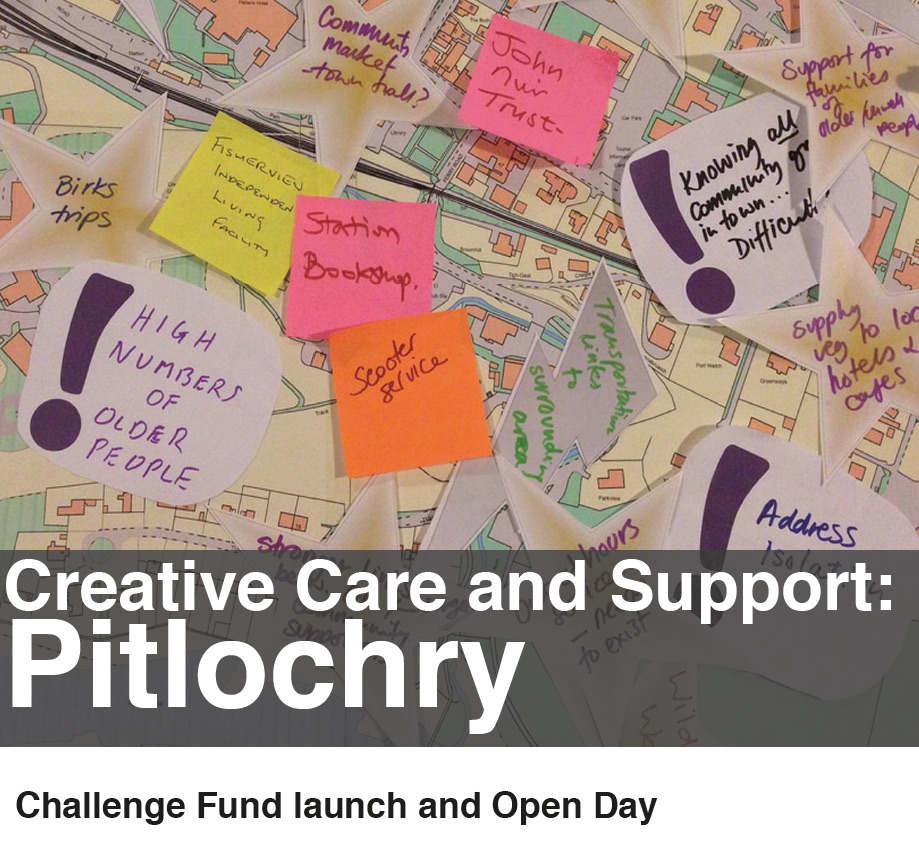 IRISS made a seed fund £10,000 available for the ideas generated in the workshops during Creative care and support: Pitlochry to allow for the new initiatives to be tested. The project partners believed that a crucial element in supporting the development of new ideas is to fund local service improvement teams to undertake small testable changes that embody person-centredness. The fund was therefore set up to enable groups to test their ideas in practice and to make iterative changes as data about their idea became available.

IRISS invited members of the Pitlochry community to join the funding panel to ensure that the proposed initiatives resonated with community members as well as with project partners. Val Wallace, David Frame and Caitlin Charlton joined Fiona Johnstone and Rikke Iversholt on the panel.

The funding window was open between between 29th April and 1st September 2014, with two panel meetings in June and September.

We received nine applications and granted funding to six, spending a total of £9570.

There were set criteria for application:

Who can apply for a grant?

Any person, group or organisation with a bank account. However, the applicant must:

What can be funded?

Applications are accepted for seed funding for any new care or support incentive which seeks to deliver improved outcomes for primarily, but not exclusively, people in Pitlochry who use services. The application form should detail how the proposed enterprise will benefit people in the community in and around Pitlochry. The fund supports the development of:

What can not be funded

The Creative care and support fund will not fund a short fall in annual funding for existing activity or an extension to a project where funding is coming to an end. The fund can also not be used to provide a direct income for any individual.

To be considered for funding, applicants must: