Recruiting people with knowledge and experience of heart failure

After initial scoping discussions with our North Lanarkshire partners, people were recruited in different ways.

Practitioners trained to support people who live with heart failure

Our partners in North Lanarkshire Council approached the heart condition coordinator in the health service and local third sector organisations, these would be partners when health and social care integration was implemented locally.  Each of these organisations then invited staff to take part, who had an interest in learning about person-centred care and coproductive processes in practice.

People who live with heart failure

To try and reach people with mild heart failure we contacted GPs and asked them to identify patients from their register who were under 65  with mild heart failure (class or stage 1 and 2), and their family members (or ‘carers’ when using service language). We tried a local poster campaign, included an article in the Motherwell Times, and asked the Chest, Heart and Stroke, British Heart Foundation and Cardiomyopathy Association to promote the opportunity via their newsletters, Facebook pages and Twitter. It was also promoted in a North Lanarkshire Council NHS staff bulletin. Disappointingly, none of these attempts resulted in the recruitment of participants.

As the first attempt failed, we revised our recruitment criteria for the second attempt and:

We also took a more personal approach and involved a heart failure nurse from North Lanarkshire (the wonderful Louise!) who wrote and spoke to people she worked with and who fitted these new criteria. We provided Louise with a one-page brief describing KiP and what people could expect by getting involved. This approach was much more successful. Louise recruited eight people with heart failure and some of those invited a person who cared for them to attend with them. 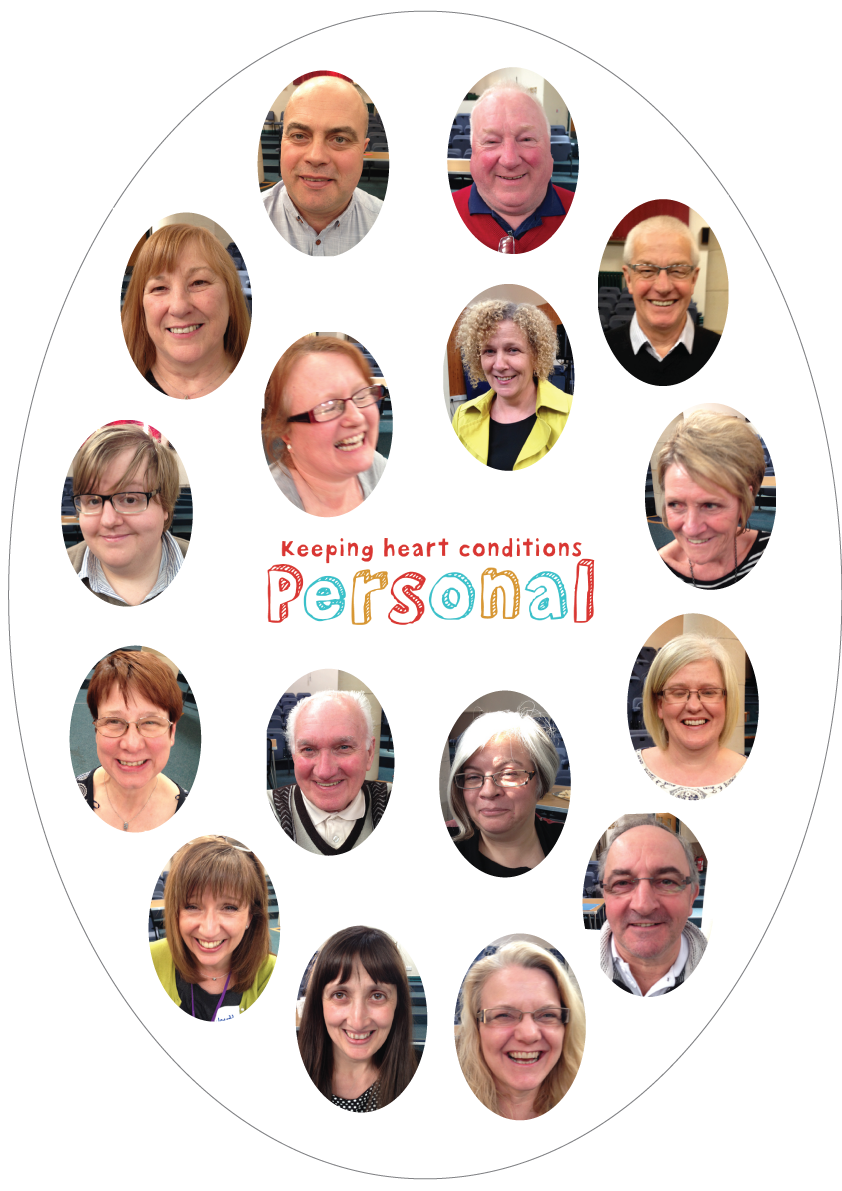 I designed and led this work, and worked in partnership with the Health and Social Care Alliance Scotland on the People Powered Health and Wellbeing Programme. At IRISS I am a member of the Evidence Informed Practice team. As part of my practice I believe we need to optimise the knowledge and expertise by finding new ways to value and share it - or ‘remix it’ to find new solutions.

I supported Kerry in the running of this project. At Iriss I work in the Innovation and Improvement Programme and am a dedicated learner and a proud generalist.

I authored the definitions of co-production and improvement methodology and produced the audio content on the 'Approach' page.

I managed KiP when Kerry went on maternity leave (Congratulations Kerry!), and conducted the evaluation of this work with Rikke.