This workshop followed quite a similar format to workshop 5. Everyone got together at the start of the day and fed back what they had learnt about their idea in the intervening week. They also discussed and what they would be working on in their group. 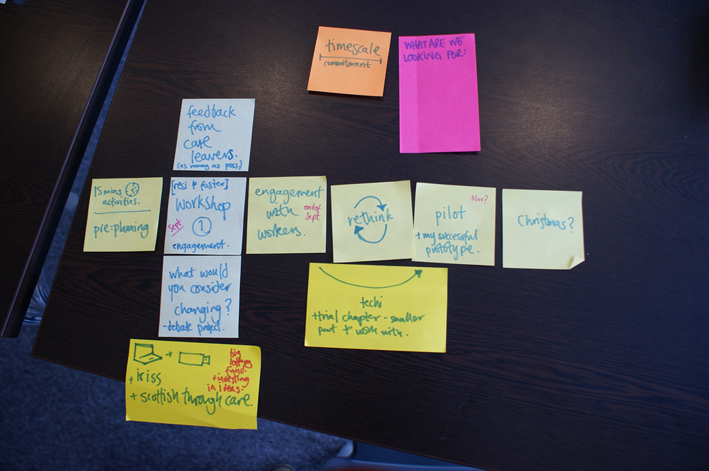 Some of the groups had been able to meet with young people who were/had left care, others had not so the feedback was mixed in terms of being useful when taking the ideas forward to respond to care leavers needs.

After this everyone started to work in their groups, developing the idea, making changes and having new ideas.

Each of the groups were also asked to fill in sheets that related to evaluating the development of their idea so far in order to reflect and track this information. 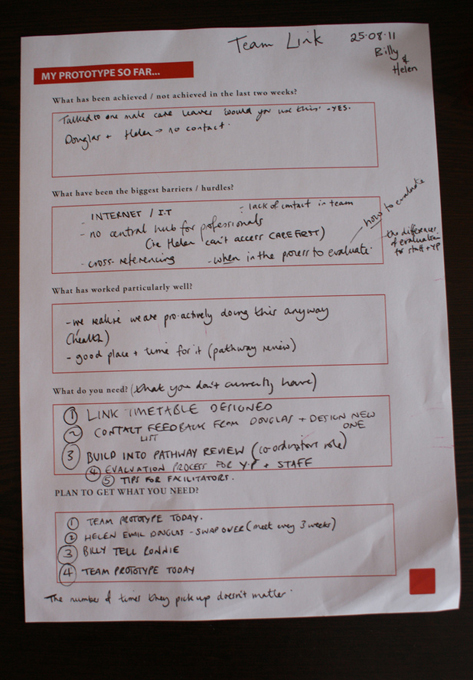 They were also asked to consider how they would evaluate their idea in the future as well as discuss barriers they might experience in the ideas development and how these could be addresses. 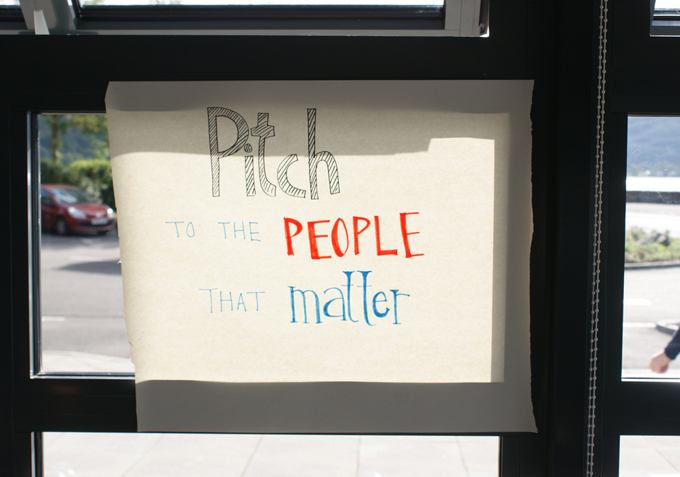 To finish the day (and to round up the last workshop) a ‘Dragon’s Den’ was created where each group had to pitch their ideas to the Dragons, explain why it responded to care leavers social and emotional needs, and explain how it was going to be developed. This was a way of sharing the work that had been completed that day with the rest of the group, and also a fun way of rounding off the session that placed care leavers voices about the quality of the ideas and hope for their development at the fore. Unfortunately we only had 1 Dragon that was a care leaver, so three was a a lot of pressure to provide thoughts on each of the pitches but the feedback was welcomed by each group. 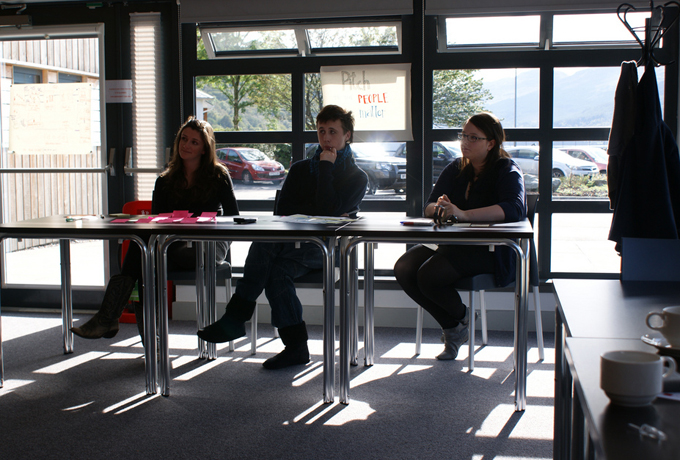 At the end of the session we all had a chat about how the people that were involved would like to continue to take the ideas forward and to work together on their development. Some people wanted to continue to work in the same format but meet less frequently and ensure care leavers were more involved, others were keen to use the more traditional format of a working group at which care leavers are represented.  After discussion the group decided to work in the traditional format.