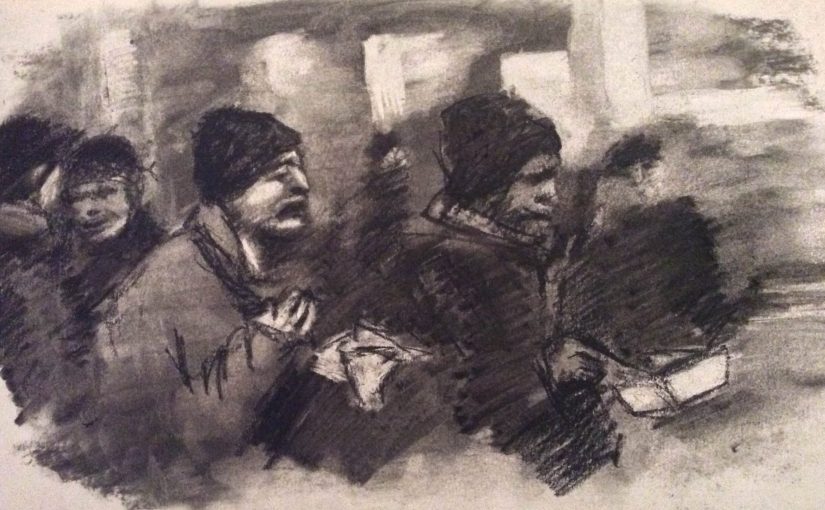 Scotland has a rights-based approach to homelessness, embodied in groundbreaking legislation introduced through The Homelessness etc. (Scotland) Act 2003. The Act included a provision to abolish the priority need test and set the target that all unintentionally homeless people are entitled to settled accommodation from 31 December 2012.

In 2010, a joint steering group was established by Scottish Government and Convention of Scottish Local Authorities (COSLA) – now called the Homelessness Prevention and Strategy Group – to drive forward homelessness prevention in local authorities. It aimed to realise the ‘2012 commitment’.

‘…a process which starts with housing advice when someone approaches a local authority with a housing problem.  This means looking at an individual’s options and choices in the widest sense.  This approach features early intervention and explores all possible tenure options, including council housing, RSLs and the private rented sector.  The advice can also cover personal circumstances which may not necessarily be housing related, such as debt advice, mediation and mental health issues.’

Local authorities can use the Housing Options model as a way of meeting their duty under section 2 of the Housing (Scotland) Act 2001.  This is concerned with the provision of advice and information on homelessness and prevention of homelessness free of charge to any person in the authority’s area.

There are five regional Housing Options Hubs that include the majority of the 32 local authorities in Scotland. The Hubs are constructed to support partnership working and to focus on developing the Housing Options model ‘through a combination of sharing practice, commissioning joint training and research.’ Effective joint working is vital for the long-term success of Housing Options where ‘working with the widest range of partners is key, and the more partnerships, the more options there are to work with’ (Shelter Scotland, 2011).

‘There has been a marked decrease in the number of homeless applications, with 36,457 applications made in 2013-14.  This has been falling since 2009-10, with a 34% reduction in the number of homeless applications in Scotland in that period. This decrease can be linked to the introduction of the housing options model and a renewed preventative approach adopted by local authorities, rather than any significant change in the underlying causes of homelessness.’ (Shelter Scotland, 2015)

Housing First is another important initiative in the Scottish homelessness landscape. Modelled on the Pathways to Housing in the United States (Tsemberis, 2010), the Housing First pilot was led by Turning Point Scotland in response to high levels of repeat homelessness amongst people with active substance misuse problems in Glasgow. The innovative aspect of this approach is that:

‘Housing First departs from orthodox ‘linear’ approaches to homelessness by placing homeless people with complex needs directly into independent tenancies without first insisting that they progress through transitional housing programmes and/or undergo treatment. Tenants are then provided with flexible, non-time-limited support in their homes and communities.’ (Johnsen, 2013 p.v)

Both Housing Options and Housing First exemplify the focus and commitment in Scotland to addressing the misery of homelessness.